Skip to main content
The Society > Council and Committees

The BLS Council oversees the Society’s affairs and finances.

Council is presided over by the President, who is nominated by the Council and elected for a term of two years by a majority vote of those present and voting at an AGM. The President is supported by the Vice-President, also appointed for two years, who generally goes on to become President and who, by way of preparation for assuming that role, is entitled to attend all of the Society’s Committees during her/his term of office. The Past-President stays on Council for a year after the end of their term to provide continuity.

The Secretary assists with the administration of the Society, particularly the AGM and Council meetings. She is supported by the Assistant Secretary who deals with enquiries and correspondence.

The Treasurer manages the finances and produces the financial statement and trustees report each year. These are reviewed by an Independent Examiner in accordance with the rules of the Charity Commission, and are either published in the Winter edition of the The Bulletin or presented to the membership at the AGM.

Council consists of the main officers of the Society, the chairs of the main committees, and nine Trustees. The Trustees each serve a term of three years so that three members retire and three new members are elected each year.

The officers who sit on Council are:

The following are not members of Council but are invited to make a personal report at the Council meeting immediately prior to the AGM:

The Trustees at present are (with the year their term ends): 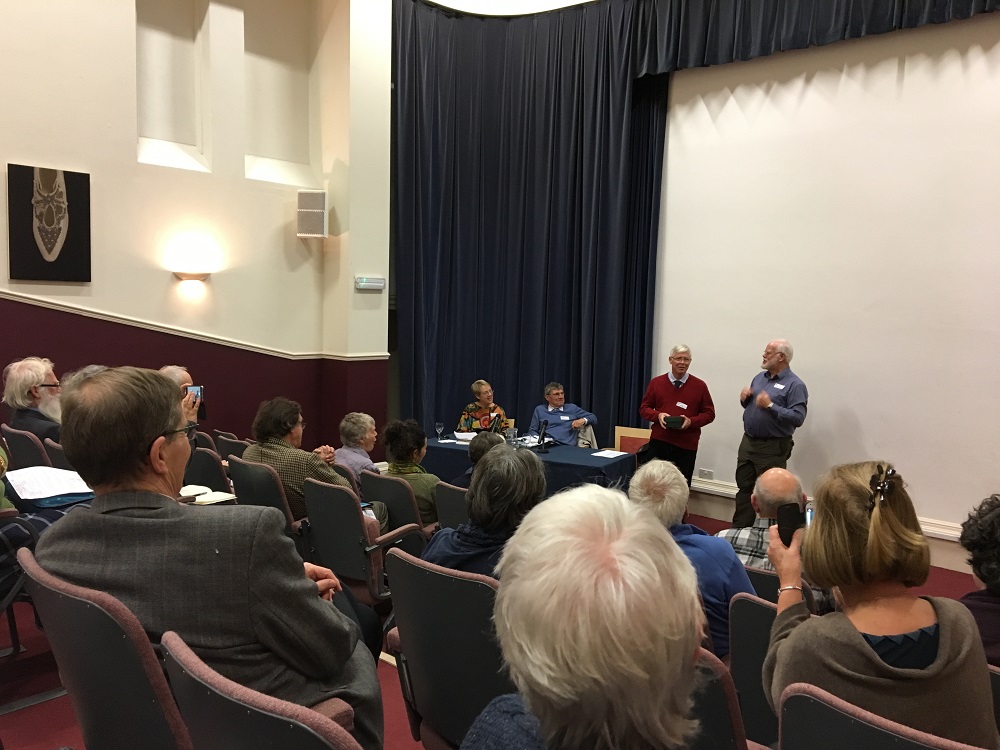 An AGM is usually held on a Saturday in January each year, and all members are very welcome to attend. As well as the usual financial reports and elections we take the opportunity of being together to review the work of the society over the previous year and to take questions on any issues or future developments.

The AGM is part of a long weekend of activities. It is preceded by meetings of the committees and Council, then we all come together for a reception and meal on the Friday evening to give people the chance to mix in a more sociable environment. Every other year this is accompanied by the Swinscow lecture. On the Saturday afternoon we enjoy a programme of short talks and software demonstrations, and then those who can stay on go out on a field meeting on the Sunday. These winter meetings are held in London on alternate years, other venues have included Edinburgh, Norwich, Cardiff, Nottingham and Newcastle upon Tyne.

The 2021 AGM meeting was held online and included a full programe of talks and discussions, and even virtual field trips on the final day. We were delighted to be able to welcome members and non-members from all over the world, including many who would not normally be able to attend in person. The 2022 AGM was also held online. It is expected that the 2023 AGM will be a hybrid event based in Edinburgh, possibly in February or March 2023.