Membership of the British Lichen Society totals about 650 and is international, comprising both professional and amateur lichenologists. Interests are diverse and include taxonomy, molecular biology, ecology and record-keeping, and embrace the broader natural environment. Our activities are documented in the Bulletin and The Lichenologist. Field meetings, courses and lectures enable all to meet and share knowledge and enjoyment of lichens.

The current council members and committees are listed here.

These are the current officers of the society: 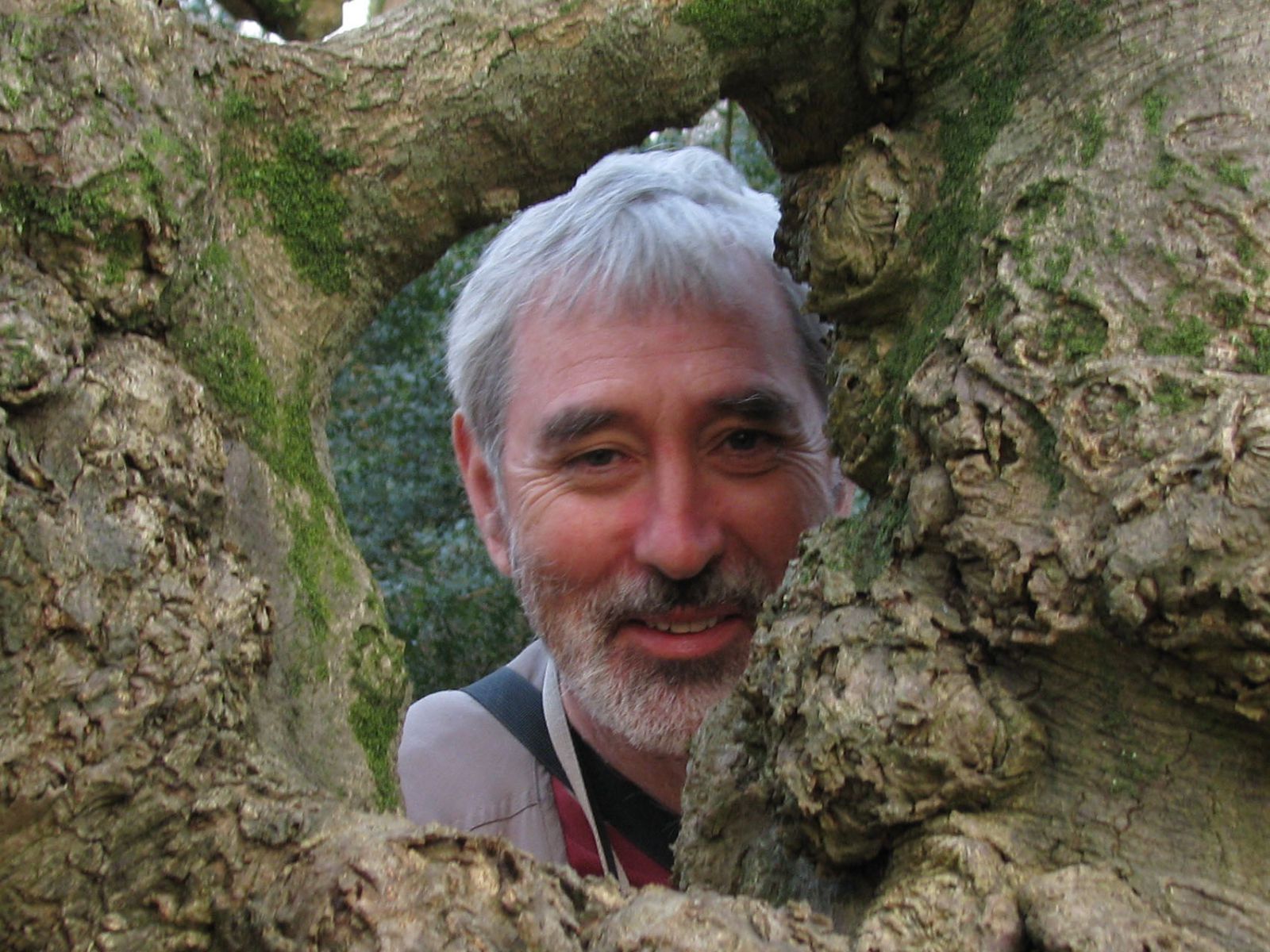 Neil A Sanderson, is one of Britain’s top field lichenologists, with experience extending from south west England, to northern Scotland. A special interest is the relationship of Britain’s internationally important woodland and parkland lichen floras to land use history, current management and habitat conditions. The challenges of conserving lichen floras dependent on long continuity and stability in a rapidly changing environment are a particular concern.

Fay Newbery began looking at lichens in 2008 when her interest in botany expanded to include bryophytes and lichens. Her experience and interest in teaching led her to volunteer as a member of the Education & Promotions Committee which she later chaired for a number of years. During this time, she pushed forward projects such as online learning and Species Descriptions aimed at beginner/intermediate lichenologists. Recently, Fay has combined her work with plant pathogens and her interest in lichens to promote the study of lichenicolous fungi which include the pathogens of the lichen world.

After graduating with a business degree (specialising in accountancy with law), Duncan’s career began in financial analysis. He later moved into operational management before, with his wife, setting up and running a marketing business for over 25 years. He’s always loved natural history, especially bird watching, and only really ‘discovered’ lichens in late 2020! “The support the BLS has given me as a newcomer has been both impressive and much appreciated, so I’m delighted to be able to give something back.”

"Always looking and wondering, sometimes identifying, seldom recording, I've been keen on lichens since my teens when I read the John Wyndham novel 'Trouble with Lichens'.
I've done a bit of medical research using electron microscopy to examine diabetic cells. Then some school science teaching, tutoring and mentoring. I'm fortunate to have a supportive high achieving family who indulge my lichenological interests but who are not quite paid up members of the BLS.
But I'm working on it! And I love helping the Society with the Council meeting Minutes."

Sandy’s interest in lichens dates back to attending a series of evening classes held in Bristol University under David Hill – Introduction to Lichens, which led to joining the British Lichen Society in 1986, a happy amateur. No looking back once you get hooked on these fascinating organisms, and she was lucky to be encouraged by such gurus as Francis Rose, Peter James, Oliver Gilbert, David Hawksworth and Jack Laundon. There was a boost from three years spent with Pat Wolseley, doing the Exmoor Woodlands Lichen Survey. The greatest influence though comes from her husband, Brian Coppins; whilst Brian was in post at the Royal Botanic Garden Edinburgh, Sandy and Brian completed several hundreds of lichen surveys throughout the British Isles.

Sandy was elected as the first woman President of the BLS (2002-2004), and was also responsible for bringing the BLS AGM out of London for the first time. She used her abilities as a facilitator to bring projects and people together, seeing potential, and making connections, for example she initiated a Lichen Apprentice Scheme in Scotland, with innovative events like The Rockers Workshop (learning saxicolous lichens in Scotland) and Herbarium Days (what is the purpose of a lichen herbarium and how does it function?). These were tied in with running the Site Condition Monitoring Project in Scotland (funded by SNH). Always able to connect and encourage beginners, she and Brian ran week-long FSC lichen courses at Kindrogan for 12 years. She also writes a regular column on lichen news for British Wildlife.

But running through everything remains the fascination for the beauty and strangeness of lichens, perhaps matched also by the companionship and camaraderie of like-minded lichen friends and colleagues. 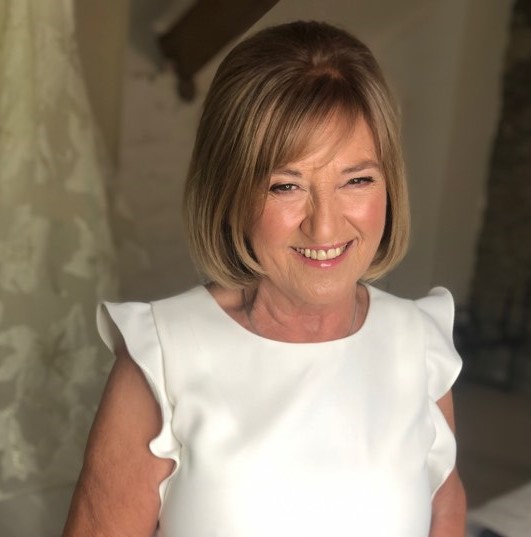 Maxine studied botany at Bristol University before a short period in literature research with a pharmaceutical company. She then became editor of a microbiology journal in London for a number of years and is now Bulletin Editor for the Society. Her interest in lichens began in 2008 whilst living on the coast in North Devon, a county with an impressive list of species. Maxine has worked on recording for the New Flora of Devon as well as the BTO’s Bird Atlas (2007-2011) and submits lichen records to the Society’s database annually. For the past 7 years she has been leading workshops and field meetings for beginners in the study of lichens for both the Devon and Cornwall Wildlife Trusts and has been involved in two of Plantlife’s education programmes as tutor. 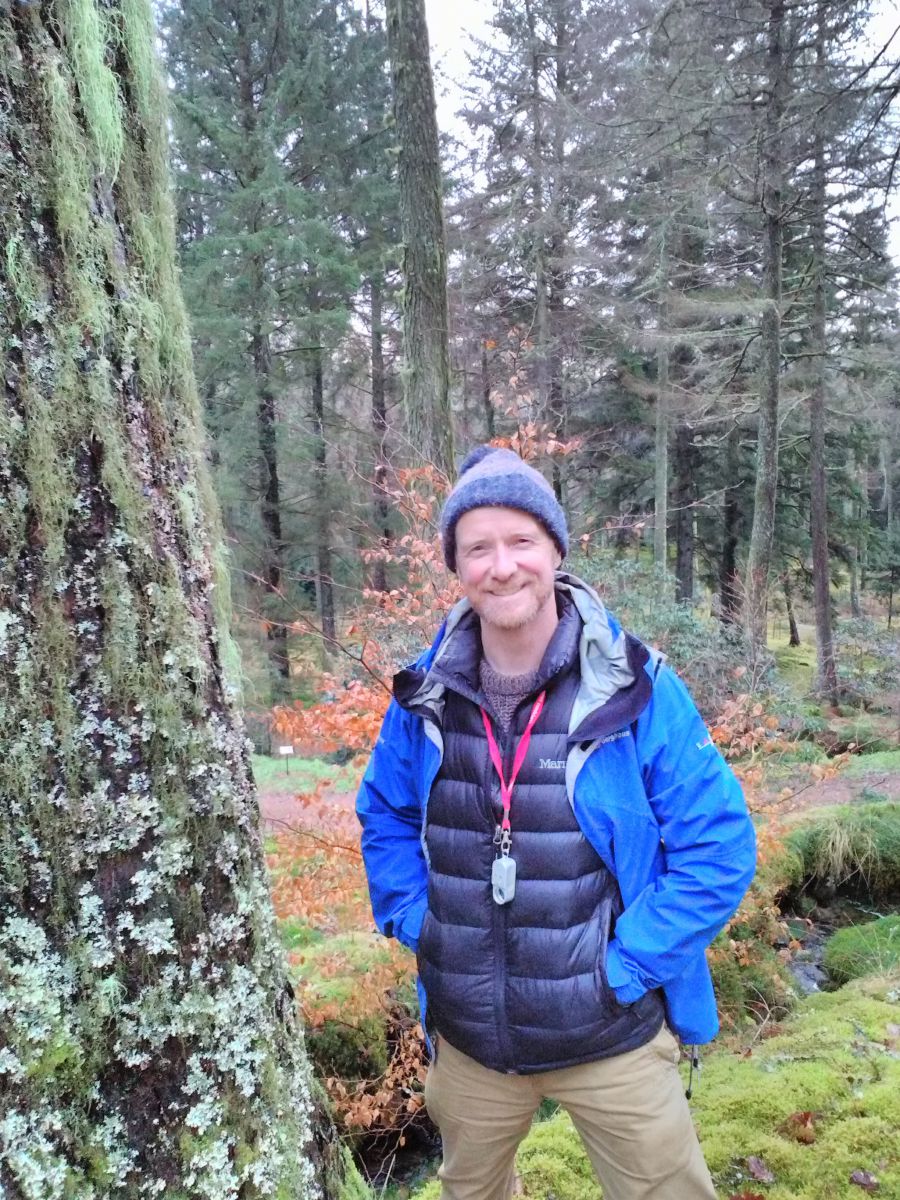 Chris Ellis is joint Senior Editor of The Lichenologist along with Leena Myllys (University of Helsinki). Chris was introduced to lichens through a postdoc working on lichen physiology with Peter Crittenden (University of Nottingham) and then trained on lichen diversity with Brian Coppins at the Royal Botanic Garden Edinburgh (RBGE), where is now Head of Cryptogam Section and Co-ordinator for RBGE’s Scottish Conservation Science. Chris has particular interests in ecology and the response of lichens to environmental change.

For queries relating to The Lichenologist visit Cambridge University Press. 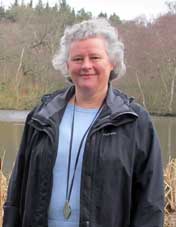 Janet Simkin studied botany at Cambridge but her interest in lichens dates back even further, to a school project on churchyard lichens. She was distracted for a while by a career in software development before returning to academic life to research the ecology of the lichen-rich grasslands contaminated by lead mining. Now a lecturer at Newcastle University she has a special interest in species-rich grasslands and anthropogenic plant communities, and her work involves a fascinating but often confusing mix of research, surveys and teaching. In the BLS she has been involved in developing our database and website.

Graham Boswell is the Field Meetings Secretary and the Data Protection Officer for the British Lichen Society. He is also a member of the Education & Promotions Committee and Conservation Committee, and heads up the BLS Montane Lichen Group. Graham is a retired Lecturer and Mountaineer, and is a practicing Ecologist. 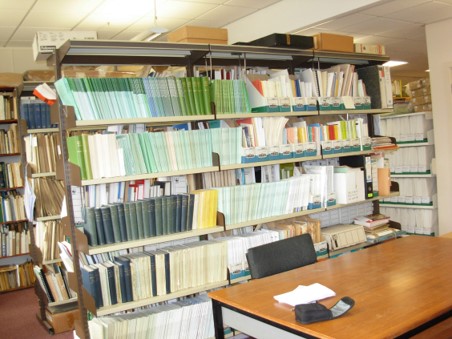 In 2002, it was a lichen identification training day to Dell Quay near Chichester led by Simon Davey that got Theresa hooked. She went knowing one species and came back knowing two. Identification skills wounded, this was a challenge not to be ignored! Many years later, it’s still a challenge but Theresa has enjoyed helping other beginners, especially while co-tutoring at Orielton Field Centre.

Mark Seaward, Emeritus Professor at Bradford University, is an ecologist with a strong interest in biomonitoring pollution, for which he has been internationally honoured, including the Acharius Medal, and in the history of botany. He was the editor of The Naturalist for 36 years, the author and editor of numerous books, and written almost 500 scientific papers. He joined the BLS in 1960 and in 1963 established the Mapping Scheme, acting as its Recorder for many years; he has also been the Society’s President, received the Ursula Duncan Award, and is an Honorary Member.

Richard Brinklow has looked after the British Lichen Society Herbarium for many years. His interest in lichens began while a teenager in Derbyshire when David Hawksworth was compiling a county lichen flora, and continued while studying Botany at Durham University.  Now retired, he spent most of his professional life at Dundee Museum firstly in the Natural History Department and subsequently as a manager.  Over the years he has remained keen on field lichenology as part of a general interest in Natural History.  The BLS Herbarium is still housed at Dundee Museum. 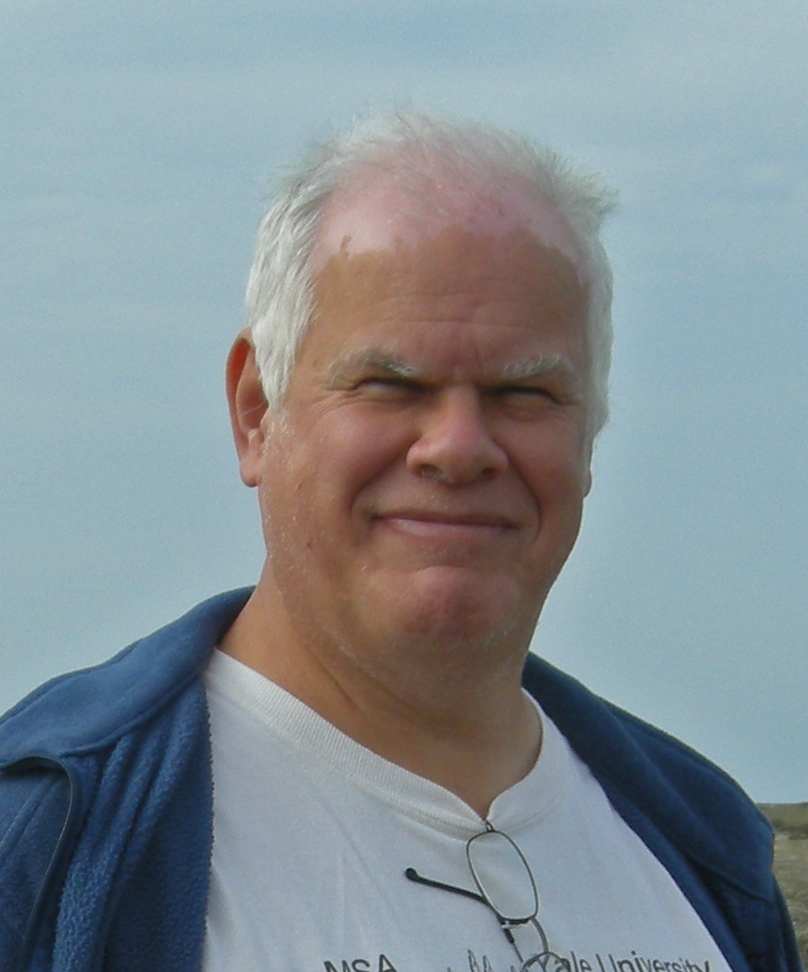 Paul Cannon has worked in fungal systematics for more than half his life, moving over to the Dark Side after completing a PhD on legume classification. His early education at the Commonwealth Mycological Institute (subsequently IMI) included an appreciation that lichens are fungi too, and should be integrated into the overall fungal taxonomic scheme. Most of his professional life has involved studying leaf parasites, but he turned up at the BLS 50th Anniversary Meeting at Nettlecombe in 2008 and unwisely volunteered to become Editor of the Bulletin. The lichen “bug” rapidly took hold, and his current interests revolve around fieldwork, lichen imaging and web development. He now works at the Royal Botanic Gardens, Kew.

April Windle is a naturalist with a particular interest in lichens, especially those occupying our rainforest habitats along the western seaboard of the British Isles. She is currently self-employed and involved in a variety of lichen education and conservation projects, whilst co-chairing the Education & Promotions Committee of the British Lichen Society.  Her employment history includes Plantlife International, the Natural History Museum, Exmoor National Park Authority and the RSPB. Twitter: @aprilwindle.

Raymond Griffiths studied Applied Biology at the University of Bath and spent his working life in primary schools in Cardiff and Pembrokeshire. Soon after retirement from teaching, he was introduced to lichens on a course run by Margaret Howells at Aberystwyth University and subsequently became one of Tracey Lovering’s Welsh Lichen Apprentices.

Raymond would describe himself as an interested amateur for whom a knowledge of lichens helps in his understanding of the outdoor environment. He is particularly interested in the lichens of coasts and mountains.

April Windle is a naturalist with a particular interest in lichens, especially those occupying our rainforest habitats along the western seaboard of the British Isles. She is currently self-employed and involved in a variety of lichen education and conservation projects, whilst co-chairing the Education & Promotions Committee of the British Lichen Society.  Her employment history includes Plantlife International, the Natural History Museum, Exmoor National Park Authority and the RSPB. Twitter: @aprilwindle.

Graham Boswell is the Field Meetings Secretary and the Data Protection Officer for the British Lichen Society. He is also a member of the Education & Promotions Committee and Conservation Committee, and heads up the BLS Montane Lichen Group. Graham is a retired Lecturer and Mountaineer, and is a practicing Ecologist. 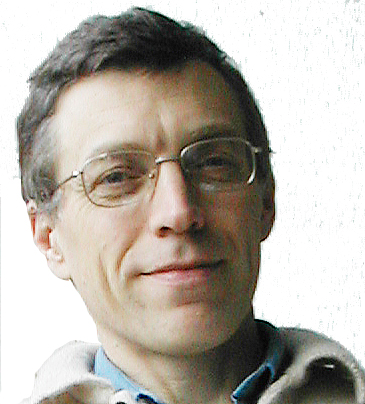 Since November 2020, Chris Cant has been helping to run the BLS websites and email system. He has been interested in lichens since 2018, has helped set up the Cumbria Lichen and Bryophyte group, runs their website and produces the lichen and byrophyte interactive species maps on there. Chris is a professional programmer/coder and maintains several websites for charities in the voluntary/conservation sector.

From time to time we recognise the outstanding contribution made to lichenology or to the work of the Society by awarding Honorary Membership or the Ursula Duncan Award. Honorary membership is restricted to no more than 2.5% of our members, and is given to distinguished lichenologists from Britain or overseas. The Ursula Duncan award is made to those who have rendered outstanding service to the Society.