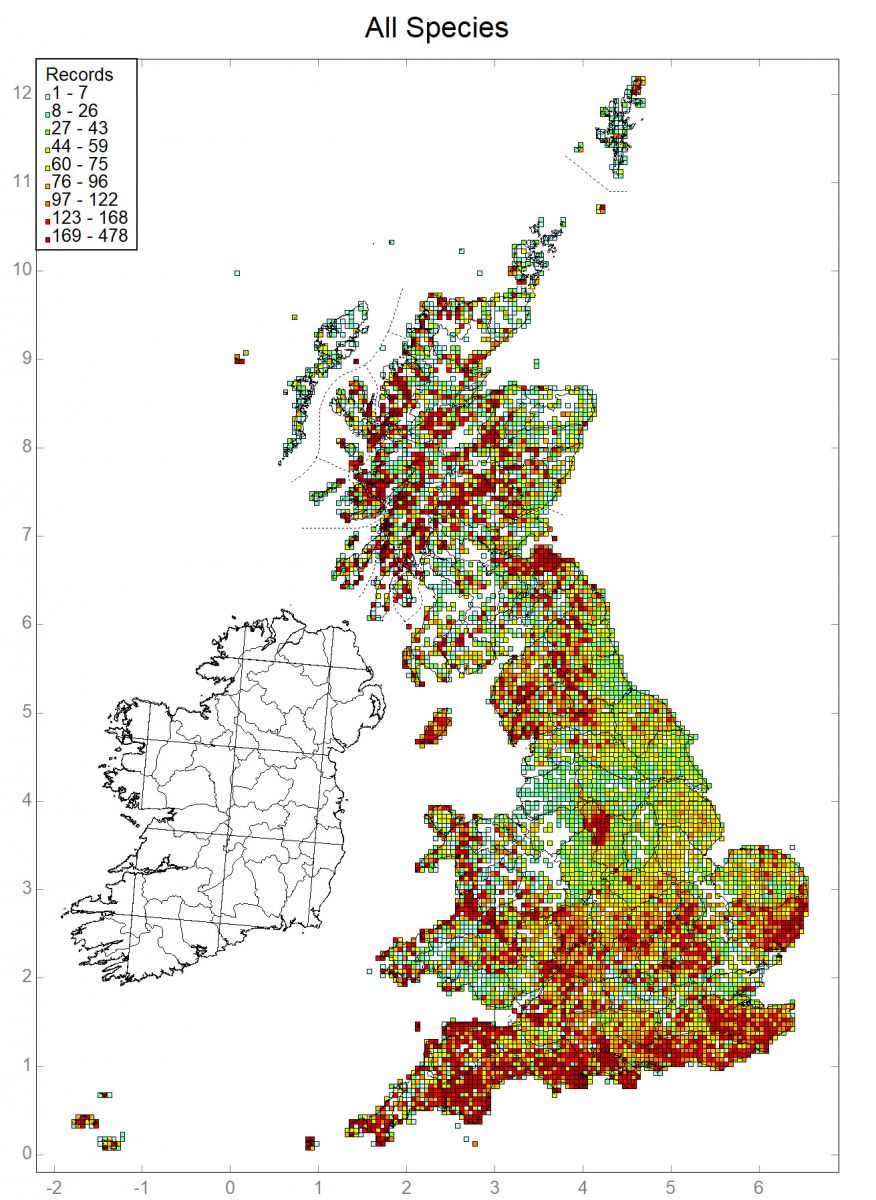 Over the past 70 years BLS members and others have been recording lichens and lichenicolous fungi, and we now hold more than 2.3 million records for Britain. We continue to add to this almost every day, and new records are always welcome.

The records are held in a Recorder6 database, specialist software that was developed specifically for biological recording in Britain by JNCC. and they all include basic information such as the location, grid reference, date, recorders and the species. For older records that is often all we have, but these days we try to record more detail for records and species of interest, including the substrate and any information that is available to support the identification such as chemical tests, microscopic characters, the location of a specimen or photo, and the determiner.

The design of the database makes it easy for us to extract records and analyse them in many different ways, and we try to respond to requests for information quickly. The most popular are for the records or a species list for a particular site or vice county, or for the detailed records and distribution map for a particular species, but we also provide information for use in research and conservation:

This map shows the number of species recorded for each 5km square as in early 2019 (there are more now). Areas shown in white, blue or green are very much under-recorded.

Our present database was preceeded by the Mapping Scheme. This was established by Prof. Mark Seaward in 1963 and was central to the society’s work for many years. It was designed to produce distribution dot maps at hectad (10km square) level and for two time periods pre-1960 and post-1960, and some of these maps were published in the Atlas of the Lichens of the British Isles (Seaward & Hitch, 1982) and the Lichen Atlas of the British Isles (ed. Seaward, published in five fascicles 1996-2001). 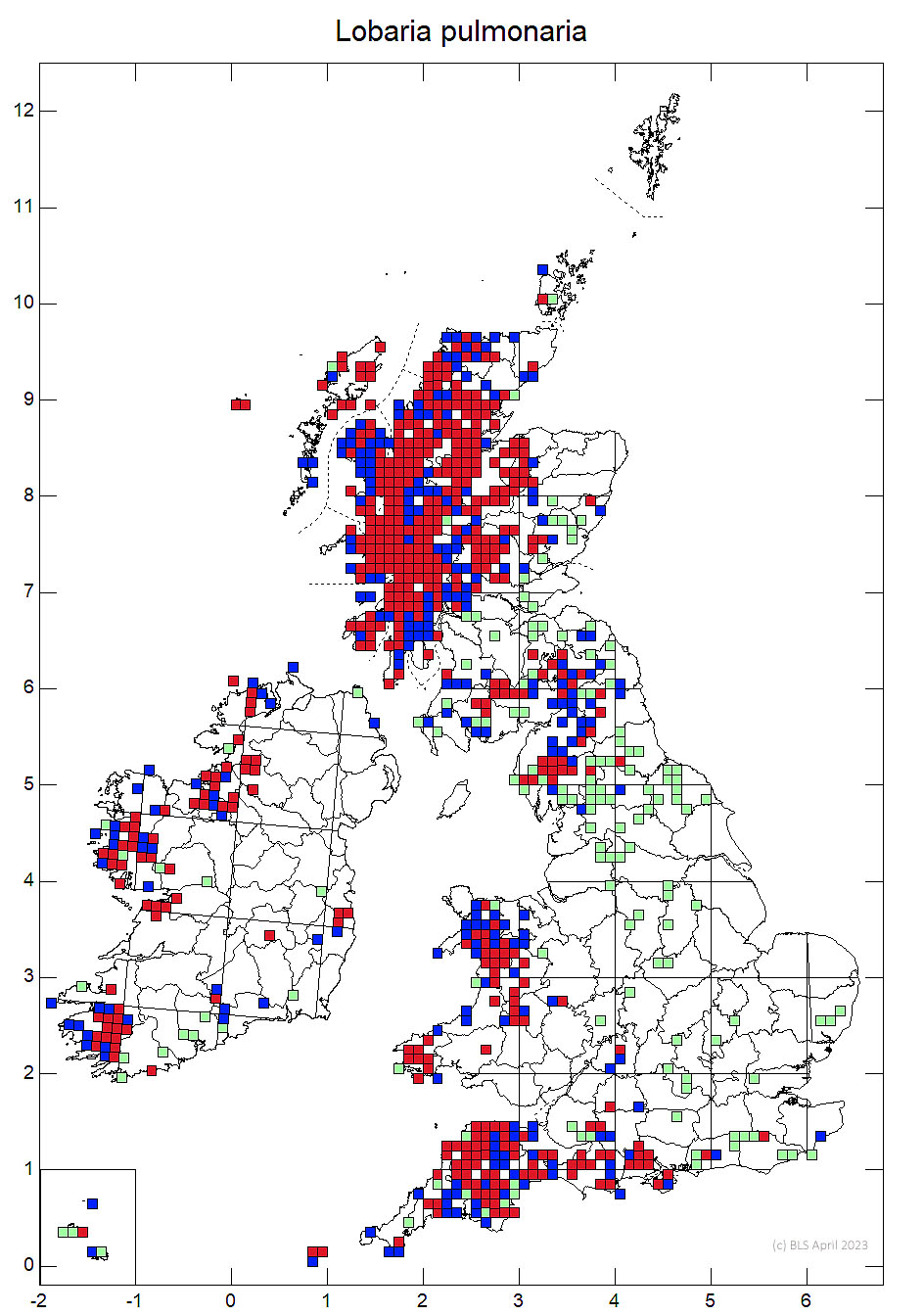 Distribution dot maps are produced from the database using Alan Morton's DMAP software or QGIS. These maps may be produced using different layouts and at any resolution, and can be based on the whole database or an extract from it. Hectad maps for Britain and Ireland include records from the Mapping Scheme and LichenIreland (used with permission).

Our data is also available on the NBN Atlas and distribution maps can be produced online from there.

Lichen recorders who wish to analyse their own data, or to produce site lists or distribution maps for the local area, may wish to set up their own database. There are several packages available and they are not expensive, but in choosing a package you should check that it is compatible with your PC and with the data that can be supplied from the BLS database.

For mapping only, there are a number of options:

For recording a more sophisticated system is needed, one that can export data directly to Recorder6 and that includes an up to date copy of the British Lichen Society taxon dictionary. R6 itself can be used in this way and gives full compatibility with the central database, including an automatic export of new and amended records, but many people prefer to use our standard spreadsheets which can be sent to the BLS for import to the database.

Lichen records can be input to iRecord (please use the BLS recording activity) and to other apps, but if you are thinking of using these, MapMate or any other recording package your are advised to contact us first (on records@britishlichensociety.org.uk) to check that they are compatible with the BLS database.