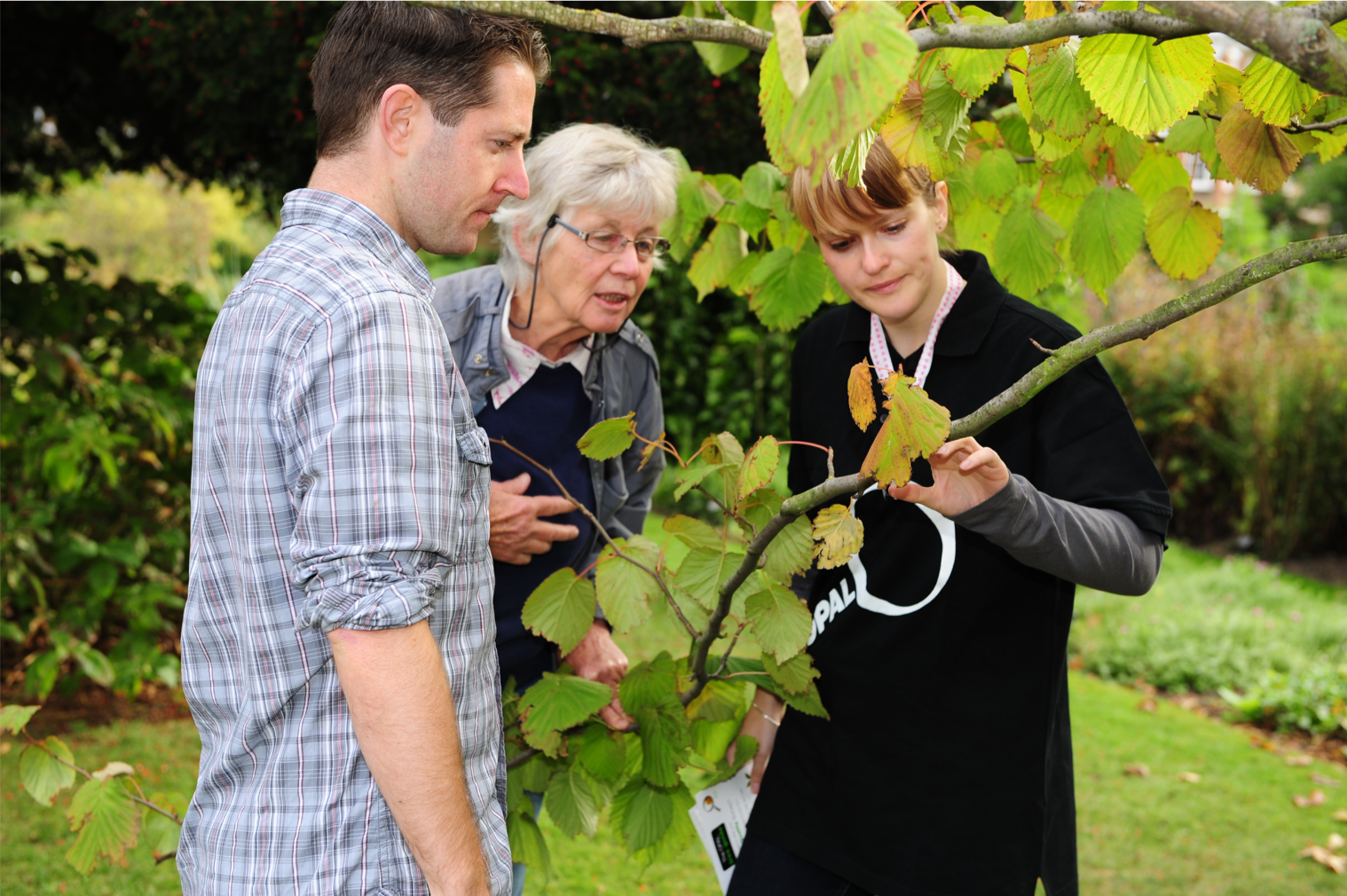 OPAL was an exciting initiative formed from a giant partnership of c. 22 scientific, educational and government organisations that was run from Imperial College London and funded by the Big Lottery in two phases from 2007-2016 (see www.imperial.ac.uk/opal/).

The project aimed to encourage citizens to get involved with nature by enabling them to explore, study and record nature in their local environments.

The investigation of the effects of changing environmental conditions on our flora and fauna was made possible by the creation of 8 easy to use surveys. Using examples that were already highlighted by research, scientists and experts contributed to creating information packs to enable surveys of our flora and fauna that could be used to assess and predict changes in air, water and soil conditions, climate change and biodiversity loss. The survey information packs were delivered to schools and the general public by community scientists appointed in all regions.

The response of lichens to changing air quality in urban areas was already demonstrated so lichens were an obvious choice to investigate their use as indicators of clean and polluted air in the Air Survey. The British Lichen Society had the lichen data and became closely involved in creating the air survey, using 9 widely distributed lichens to assess ongoing changes in air quality across the nation (www.imperial.ac.uk/opal/surveys/airsurvey). The surveys were printed and distributed in packs to the community scientists.

An important component of the project was the on-line submission of survey results so that data from c. 5000 surveys was available, allowing the comparison of the effects of air quality across the country and between urban and rural areas where little information was previously available. It also led to the data being used in further studies (see publications on www.imperial.ac.uk/opal/). On-line submission is no longer supported by Imperial College but the survey packs are still available OPAL Air Survey (imperial.ac.uk) and the data produced are now available on-line at Introducing the OPAL Data Explorer - National Biodiversity Network (nbn.org.uk).

Principle results of the OPAL surveys: