Characterized by the usually well-developed, pale grey thallus, the abundant, sessile apothecia with the
true exciple strongly thickened at the base and the medium-sized ascospores with a minute ornamentation of parallel ridges. When on bark, distinguished from A. sessile by its larger apothecia and larger ascospores.

Lignicolous forms with ± immersed thalli resemble the lignicolous Calicium victorianum, which has smaller apothecia and ascospores. In the field A. inquinans may be confused with black-fruited species of Lecidea, Lecidella, or Mycoblastus sanguinarius, but can readily be distinguished by the loose spore mass which leaves a black trace on finger or paper. Relatively tolerant of SO2 air pollution, and probably spread greatly in the 20th century, often occurring with Lecanora conizaeoides. Appears to be now declining in formerly heavily polluted areas. Rather scarce populations on dead wood in native pinewoods in the Scottish Highlands my represent the original pre-pollution population. 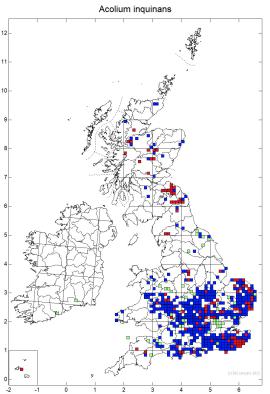 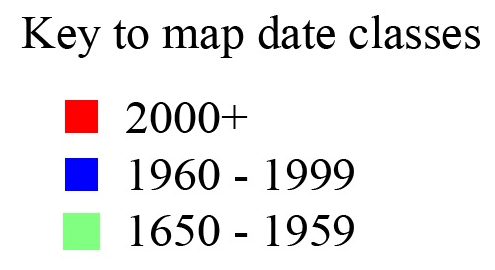