Description:
The Devon Lichen Group aims to promote the study and conservation of lichens across VC 3 and 4. We arrange field meetings throughout the course of the year, which is open to every level of experience, from beginners through to experts. This Group was established by Barbara Benfield in the 1990’s and after a short hiatus, the Group is re-establishing (2022) to ensure Barbara’s work is continued. This Group is supported by the Devon Wildlife Trust and Devon Biodiversity Records Centre.

Meetings: Meetings will be held throughout the course of the year and will be advertised via the BLS Events & Meetings page and via the South West Lichens Facebook.

History: In the late 1990’s, the Devon Lichen Group was set up by Barbara Benfield, as an offshoot of the Botanic Section within the Devonshire Association (DA), where the Group was covered by the DA insurance. Initially, the Group started off as a Lichen & Bryophyte Group, which often proved difficult due to contrasting ecological niches. The first Lichen Group report made by Barbara to the DA was at the 1998 AGM. Here, the Devonshire Association gave the Group support, a local network and an aim, with the BLS assisting with identification problems.

Facebook: South West Lichens is a Facebook page to raise the profile of lichens across the region and to link like-minded individuals with an interest in the area’s flora. This page covers lichens and associated habitats from Cornwall through to Gloucestershire, where anyone is welcome to join the Group. To access the group, please click here.

Photo above: Mel Tor with the Atlantic oakwoods of the Dart Valley meandering to the south west (c) April Windle. 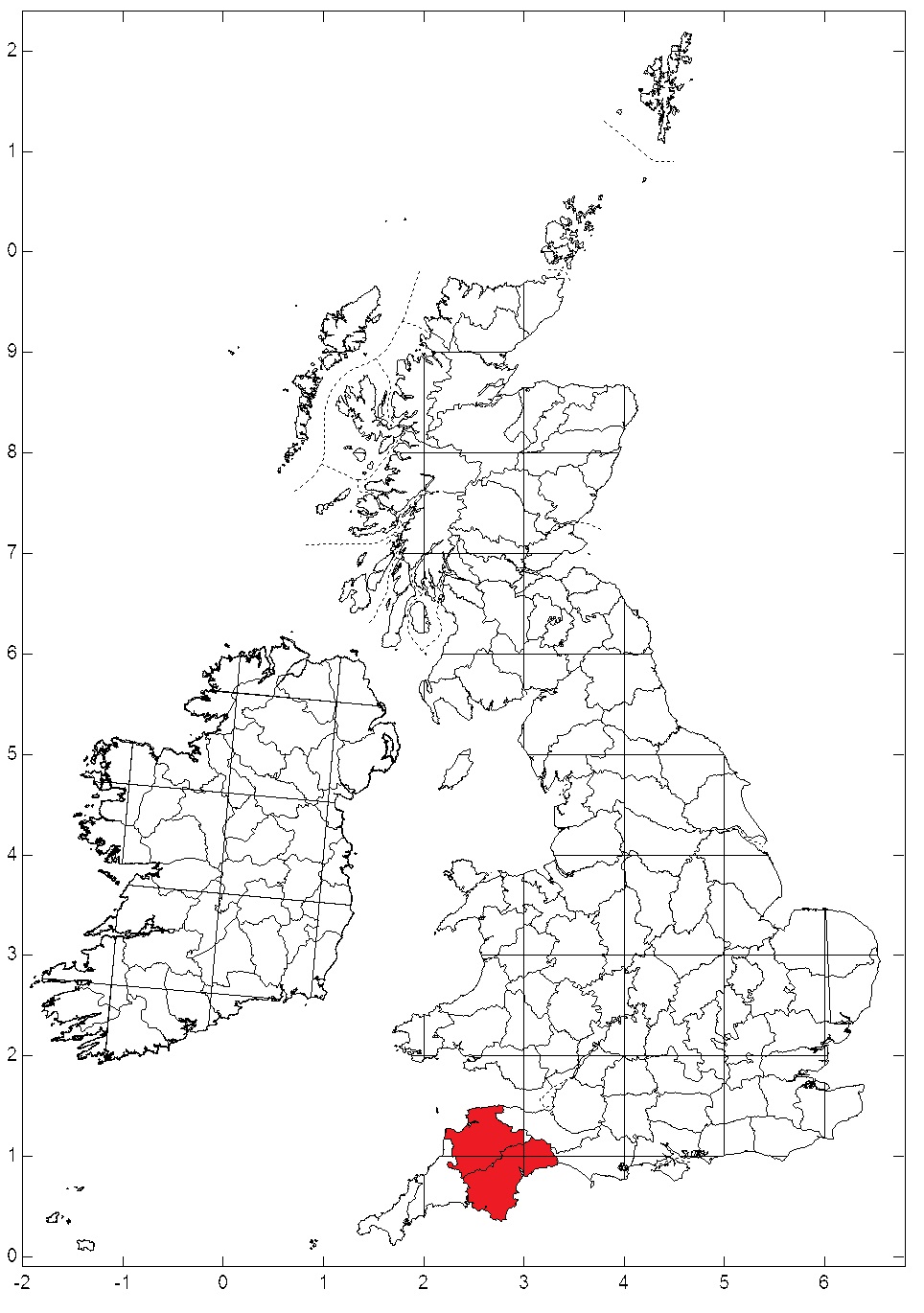